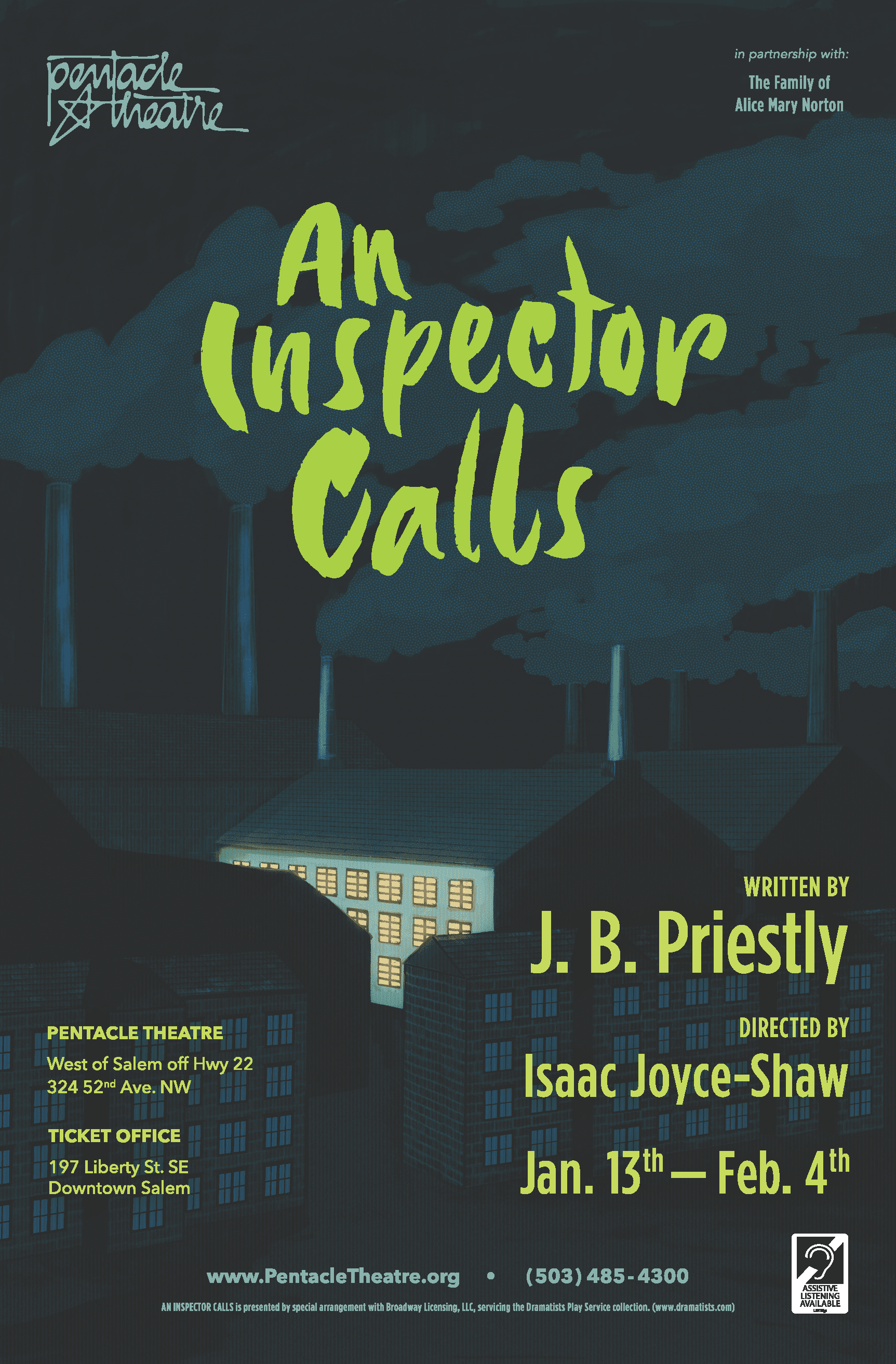 An Inspector Calls, the acclaimed British class-conflict thriller framed as an Edwardian ghost story, opens the 2023 season at Pentacle Theatre on Jan. 13.

Written by J.B. Priestly and directed at Pentacle Theatre by Isaac Joyce-Shaw, An Inspector Calls centers on a mysterious inspector who unexpectedly calls on a wealthy middle-aged English Midlands couple, their two young-adult children, their daughter’s fiancée and their maid, to question each person’s connection to a young girl’s suicide.

Set in 1912, Priestley’s classic character drama portrays the enigmatic Inspector Goole and the Birling family members as a metaphor for our own personal failure to accept our responsibility to others.

“An Inspector Calls takes the formula of the murder mystery and the drawing room drama and turns them on their heads. It is a reminder that there is a world outside our own interests and wants,” said Isaac Joyce-Shaw.

Priestly wrote the show in the fall of 1944 as WWII was ending out of his belief that the circumstances that led to the war needed to change to prevent future conflicts.

Gregory Jolivette as Inspector Goole, a mysterious police officer investigating the suicide of a young woman.

Simone Stewart as Syble Birling, the family matriarch with a superior attitude.

Lisa Gryshenko as Sheila Birling, a self-centered young woman who gains a new awareness of her responsibilities to others.

Jason (Kelly) Rock as Eric Birling, a young man with a drinking habit and questionable judgement.

Ty Hendrix as Gerald Croft, the son of Arthur’s business rival and engaged to Sheila.

Know before you go

What: An Inspector Calls, by J.B. Priestly.

Audience suitability: An Inspector Calls is suitable for ages 13+ who can handle discussions of suicide, prostitution and rape.

Masks are recommended and encouraged