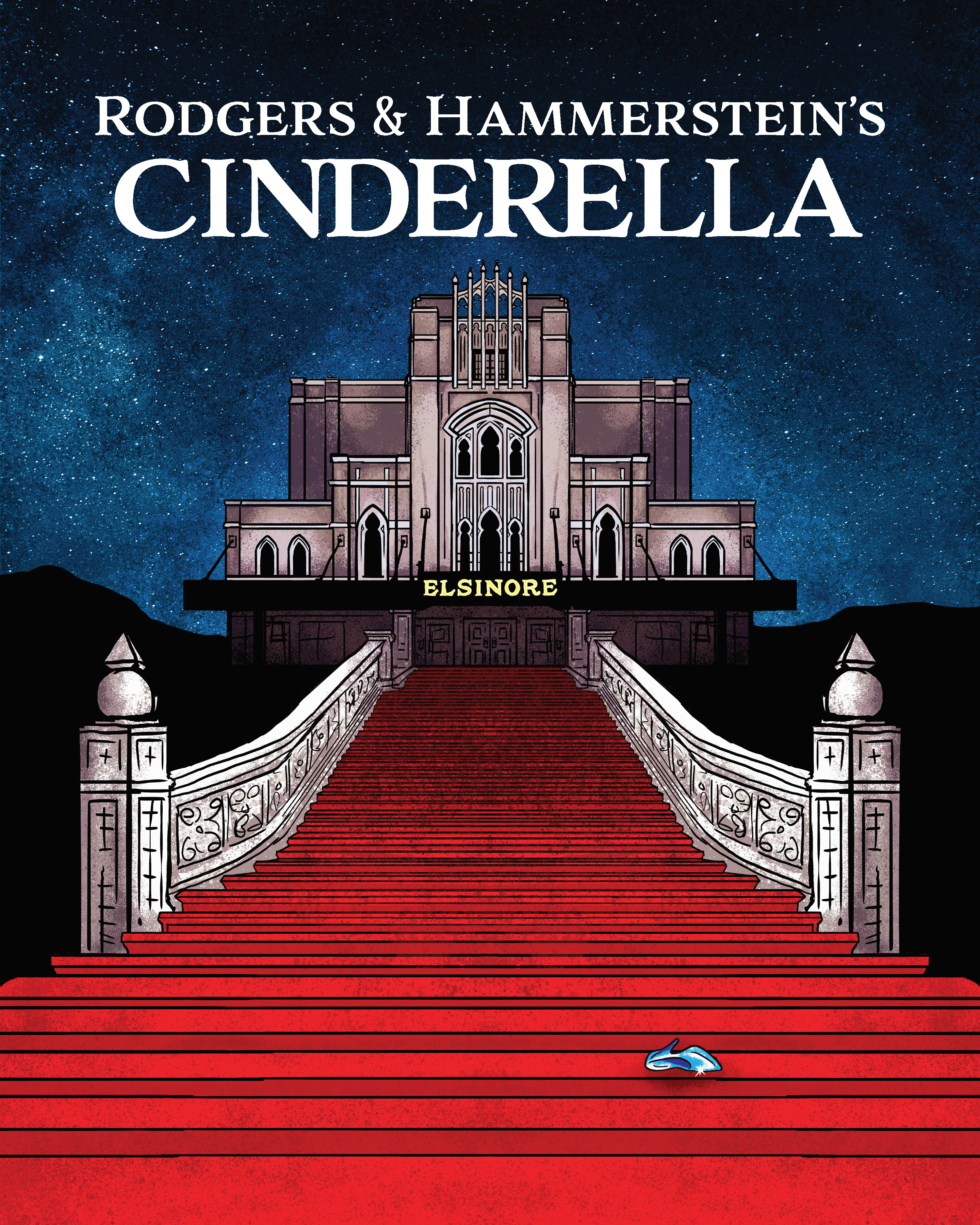 Based on the classic French story, Richard Rodgers and Oscar Hammerstein II first created their enduring musical version for television in 1957 starring Julie Andrews, then adapted it for the Broadway stage in 2013.

This contemporary take on the classic story of a disadvantaged stepdaughter who through the help of her fairy godmother attends the Prince’s ball and wins his heart, features some of Rodgers + Hammerstein’s most beloved songs, including “In My Own Little Corner,” “Impossible/It’s Possible” and “Ten Minutes Ago.” It also has an updated hilarious and romantic libretto by Tony Award nominee Douglas Carter Beane, featuring new characters and surprising twists before its happy-ever-after ending.

Featuring a cast of more than 40 talented actors, scores of colorful costume pieces, a live orchestra and plenty of singing and dancing on the beautiful Elsinore Theatre stage, Rodgers + Hammerstein’s Cinderella is sure to be a yet another sold-out crowd-pleaser for Pentacle Theatre, so be sure to buy tickets early.

The cast includes a mix of Pentacle Theatre favorites and newcomers, including Curtis Allen as Prince Topher, Logan Burt as the Giant, Willie Curtis as Lord Pinkleton, Ellie Knoll as Charlotte, Patrick Moser as Sebastian, Liz Santillan as Ella, Claire Snyder as Madame, Brittanie Sorensen as Marie, Laurel Strobel as Gabrielle and Vincent Turner as Jean Michel. The cast also has more than 30 ensemble actors — from adults to young kids — who play supporting roles and cute animals.

Sponsored by: Pentacle Theatre’s production of Rodgers + Hammerstein’s Cinderella is sponsored by M&D Cabinets and Millwork and the Paul C. and Robin E. Bower Family Trust.

Buy now to avoid disappointment: Tickets are on sale now and make a great holiday gift for the entire family. Pentacle’s annual fundraiser musicals are very popular and usually sell out well in advance. For the best ticket prices, stop by Pentacle Theatre’s downtown Salem ticket office at 145 Liberty St. NE or call 503-485-4300 from 10 a.m. to 4:30 p.m. weekdays.