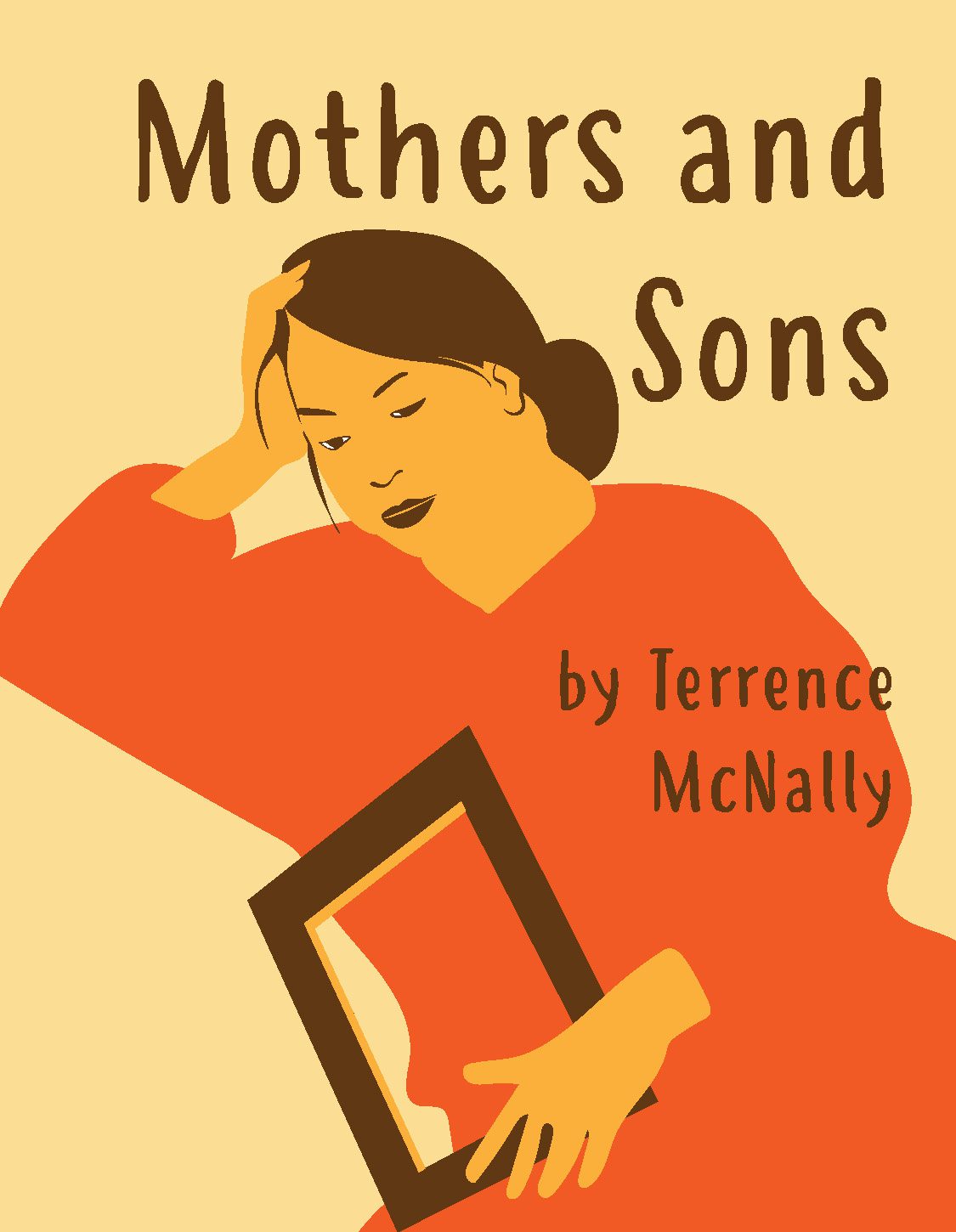 Mothers and Sons a modern drama by playwright Terrence McNally, opens at Pentacle Theatre Oct. 18 and runs through Nov. 9.

At turns both funny and powerful, Mothers and Sons portrays a woman who pays an unexpected visit to the New York apartment of her late son’s partner, who now is married to another man and has a young son. Challenged to face how society has changed around her, generations collide as she revisits the past and begins to see the life her son might have led.

The cast of Mothers and Sons features Pamela Abernethy as Katherine Gerard, a mother who has never recovered from losing her only child and son, Andre, to AIDS 20 years ago, when he was living with his partner, Cal.

Clyde Berry plays Cal Porter, who lost his first partner, Andre, two decades ago to AIDS and has since married Will, 15 years his junior. Together they have a young son, Bud.

Taylor Husk plays Will Ogden, who together with his husband, Cal, is raising their young son, Bud.

Sections of the internationally celebrated AIDS Memorial Quilt – the 54-ton, handmade tapestry that stands as a memorial to more than 96,000 individuals lost to AIDS – will be on view in Pentacle Theatre’s lobby throughout the run of Mothers and Sons. This free display of The AIDS Memorial Quilt is being hosted by Pentacle Theatre and is open to the public 45 minutes prior to every performance.

Established in 1987, The NAMES Project Foundation is the international organization that is the custodian of The AIDS Memorial Quilt. The AIDS Memorial Quilt began with a single 3 x 6 foot panel created in San Francisco in 1987. Today, The Quilt is composed of more than 49,000 individual 3 x 6 foot panels, each one commemorating the life of someone who has died of AIDS. These panels come from every state in the nation, every corner of the globe and they have been sewn by hundreds of thousands of friends, lovers and family members into this epic memorial, the largest piece of ongoing community art in the world.

In a war against a disease that has no cure, The AIDS Memorial Quilt has evolved as our most potent tool in the effort to educate against the lethal threat of AIDS. By revealing the humanity behind the statistics, The AIDS Memorial Quilt helps teach compassion, triumphs over taboo, stigma and phobia; and inspires individuals to take direct responsibility for their own well-being and that of their family, friends and community.

What: Mothers and Sons, by Terrence McNally.

When: Friday, Oct. 18 – Saturday, Nov. 9. The production runs 90 minutes with no intermission.

Suitability: Mothers and Sons is suitable for mature teens and adult audiences who can handle its adult themes and situations.

Where to Buy: Pentacle Theatre performances can sell out early and we encourage you to buy tickets in advance to avoid disappointment. Advance tickets are available at Pentacle’s downtown Salem ticket office at 145 Liberty St. NE or by calling 503-485-4300 from 10 a.m. to 4:30 p.m. on weekdays, or online anytime at tickets.pentacletheatre.org. Tickets are also available at the theater box office 45 minutes before each performance.

Student Rush Tickets: Half-price student rush tickets for remaining open seats are available at the theatre box office 15 minutes before each performance with a school ID.

Sold Out Performance Waitlist: For sold-out performances, patrons may sign up in person on a first-come-first-served waitlist for any “no-show” seats remaining at curtain time. The waitlist opens at the theatre box office 45 minutes before each performance.