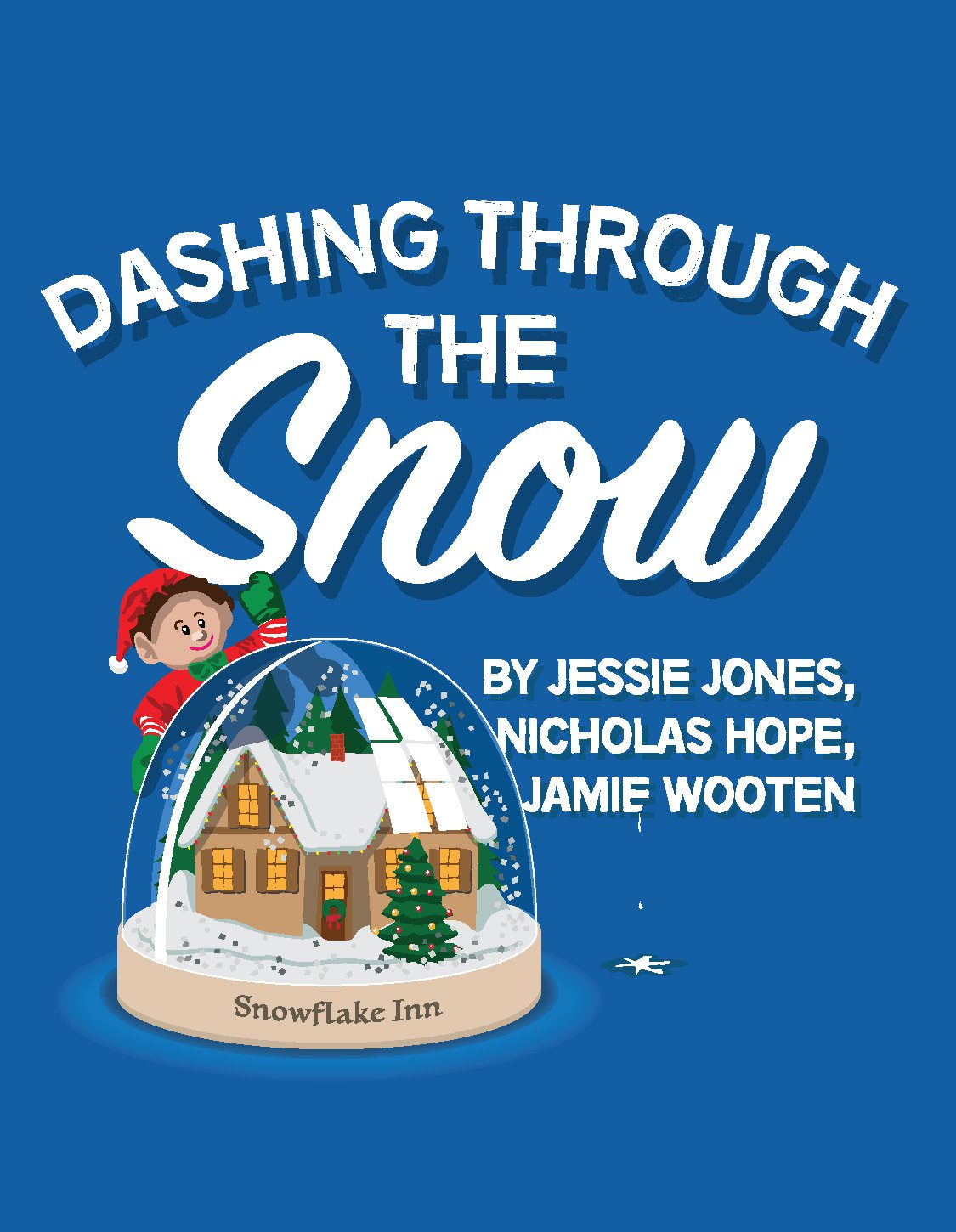 What: Open auditions for Dashing Through the Snow a crazy holiday comedy by Jessie Jones, Nicholas Hope and Jamie Wooten. Directed by Deborah Johansen.

Casting: Two men, six women, able to play ages 40-65, for multiple roles. For a full list of roles, genders and ages, please scroll down this post.

Rehearsals will be scheduled to make the best use of everyone’s time, especially for actors in school. Only actors needed for scheduled scenes will be required at rehearsals, and we’ll release actors as early as possible. As we get farther into rehearsals, we’ll need everybody there so we can run the whole show. If you have questions or concerns about rehearsals, please contact the director, below.

NOTE: Cast members may be required to make special appearances for marketing purposes in the weeks before the show opens.

About the show:  It’s four days before Christmas in the tiny town of Tinsel, Texas, and a colorful parade of eccentric guests arrive at the Snowflake Inn and deck the halls with holiday hilarity. Trina, the harried yet upbeat innkeeper of this B&B, has more than she can handle coping with these nuttier-than-a-fruitcake lodgers. Hoyt and his sister, Donna Jo, make the mistake of trying to end a thirty-year feud between their curmudgeonly aunts, Ennis and Della, with sidesplitting results. Ainsley and Lenora, self-involved actors from a lower-than-low-budget touring production of A Christmas Carol, descend on the inn to fulfill a promise, leaving comedic chaos in their wake. Add to this Yuletide mayhem an ill-advised romantic rendezvous between Mrs. Claus and one of Santa’s elves, a demanding guest who refuses to leave, not to mention a tipsy housekeeper, and it’s clear it will take more than a kiss under the mistletoe to keep Trina’s spirits merry and bright. But a spur-of-the-moment Christmas Eve wedding that brings together the fabulous Futrelle sisters — Honey Raye, Twink, Frankie and Rhonda Lynn—and their best friend, Raynerd, takes a surprising and delightful turn that leads to a laugh-’til-your-sides-ache climax, changing all their lives forever. You’ll swear this family-friendly holiday comedy is more fun than a joyride in a one-horse open sleigh! — Dramatists Play Service

Suitability:  Dashing Through the Snow is a family-friendly holiday comedy suitable for anyone over 6 years old.

Sponsored by: Dashing Through the Snow is made possible by the generous support of Glantz Law Group. Thank you.

Information: If you have questions or a conflict on the audition date, please contact director Deborah Johansen at 971-241-4912 or deborahjohansen52@gmail.com.

Pentacle Theatre is Salem’s premier community theater, celebrating 65 years of professional-quality productions staged in an intimate setting. Pentacle Theatre encourages actors of all abilities and ethnic backgrounds to participate in its productions.