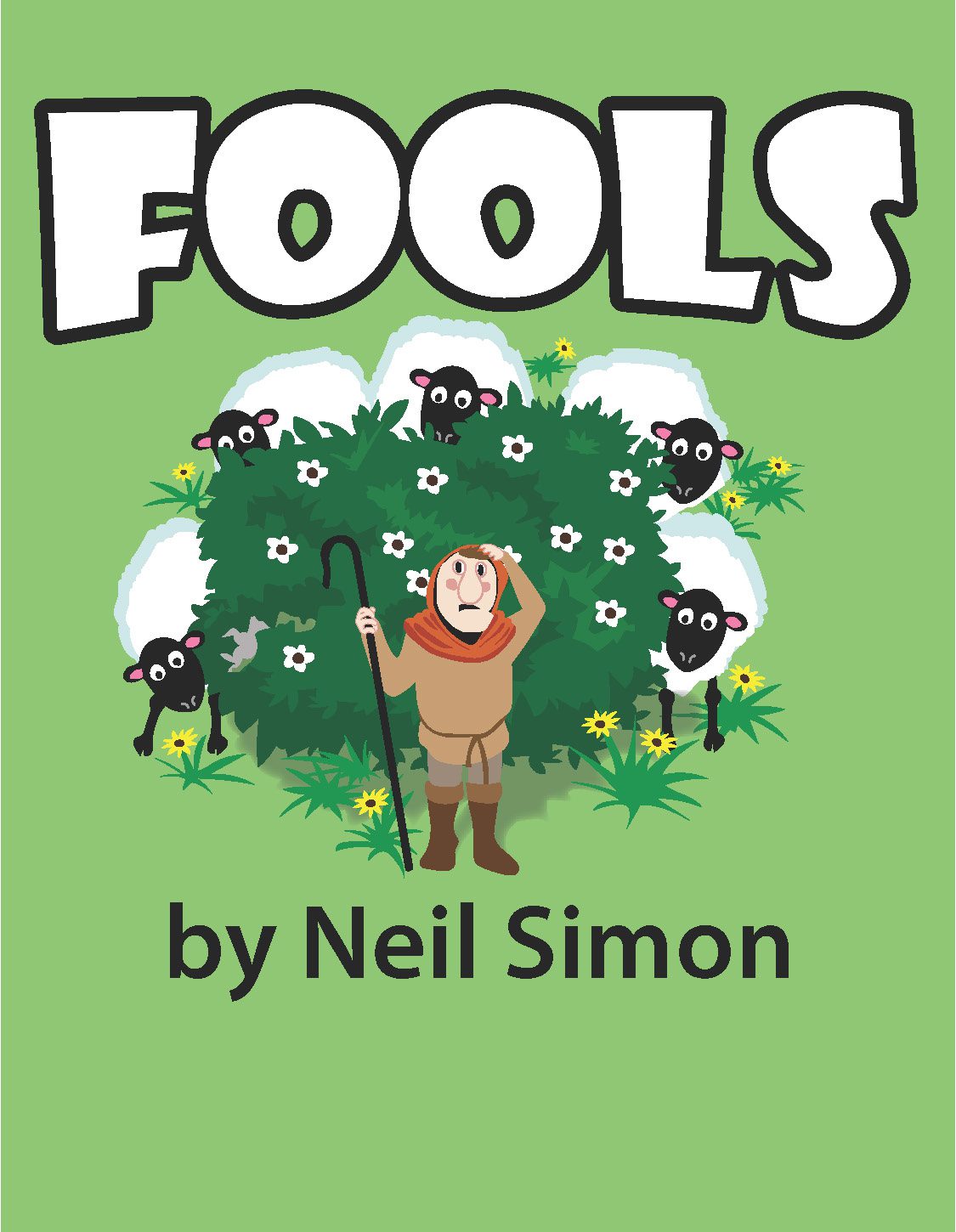 Leon Tolchinsky has a problem like no other in Neil Simon’s comedy, Fools, opening at Pentacle Theatre May 24.

Sure, Tolchinsky is ecstatic because he’s landed a terrific teaching job in the idyllic Ukrainian hamlet of Kulyenchikov. But everyone who lives there has been cursed with chronic stupidity for the last 200 years. Even worse, he discovers that if he stays in the village for more than 24 hours, he too will be cursed, just like the townspeople sweeping dust from their stoops back into their houses, milking cows upside down to get more cream and constantly losing their sheep.

To make matters worse, Tolchinsky falls in love with his beautiful student, Sophia, a girl so stupid she’s only recently learned how to sit down. If Tolchinsky can’t find a way to quickly lift the curse, all is lost and he’ll just become another ignorant fool.

Chock full of quirky, funny characters, not to mention plenty of hilarious one-liners, Neil Simon allegedly wrote Fools to be a Broadway flop after agreeing to share 50 percent of the show’s profits with his soon to be ex-wife. Lucky for her, and for us, Fools is one of Simon’s best — a madcap comic fable that’s fun for middle school age and older theater-goers.

What: Fools, a comic fable by Neil Simon, the king of Broadway comedy

Sponsored by: Duchess & The Munchkin.

Student Rush tickets: Half-price student rush tickets for remaining open seats are available at the theater box office 15 minutes before each performance with a school ID.