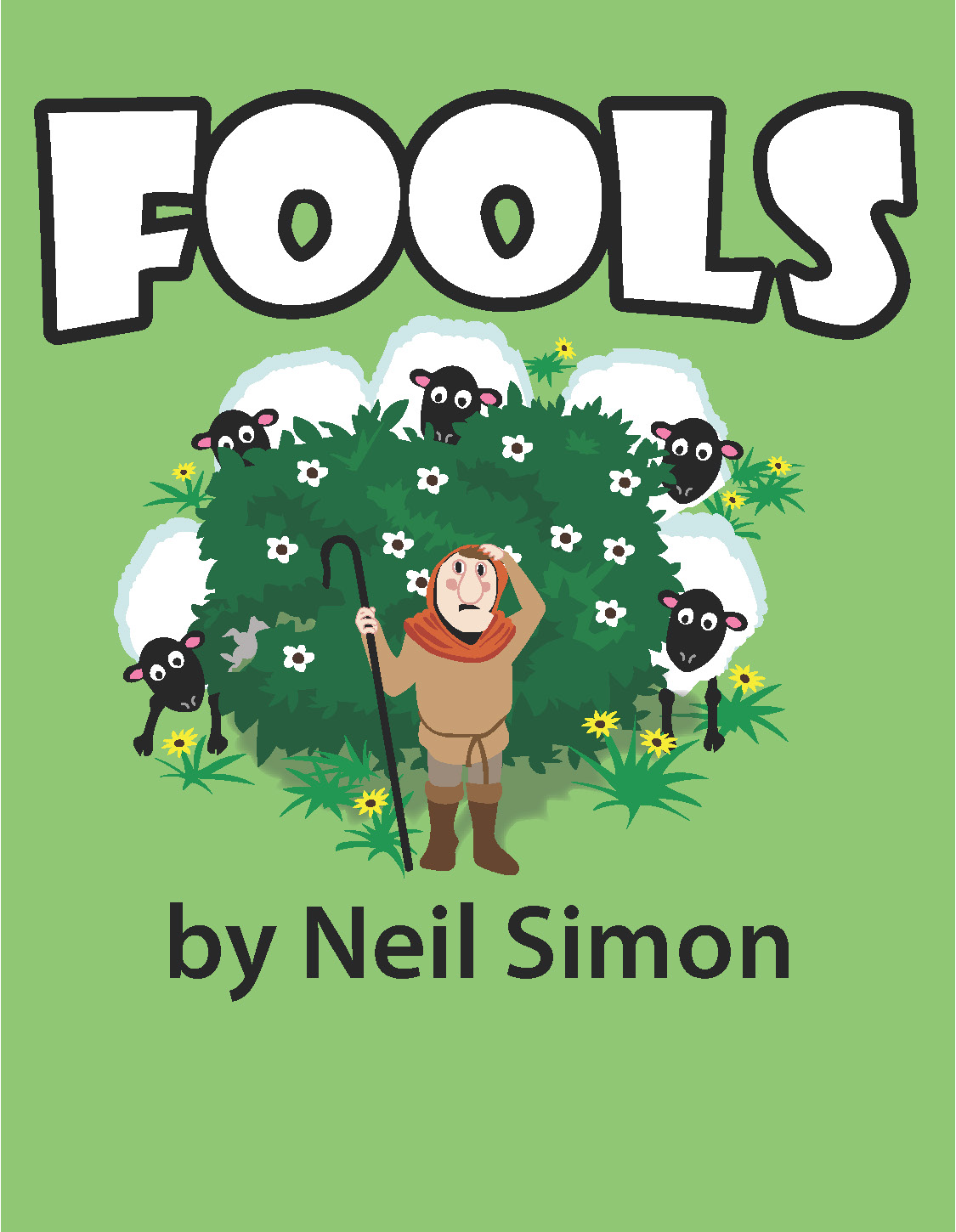 What:  Open auditions for Fools, a comedy written by Neil Simon. Directed by Dani Potter.

Casting:  Seven males, three females. For a full list of parts, genders and ages, see the end of this post.

Auditions:  Actors will read from the script, copies of which are available on loan at the Pentacle Theatre Business Office, 145 Liberty St. NE in downtown Salem for a $10 refundable deposit. Call 503-485-4300 to arrange for pickup.

Rehearsals: Generally, 6:30 p.m. to 9:30 p.m. Mondays through Thursdays beginning Oct. 22 at Pentacle Theatre’s rehearsal studio in downtown Salem. The director will set weekend rehearsals and work sessions as needed.
Rehearsals will be scheduled to make the best use of everyone’s time, especially for actors in school. Only actors needed for scheduled scenes will be required at rehearsals, and we’ll release actors as early as possible. As we get farther into rehearsals, we’ll need everybody there so we can run the whole show. If you have questions or concerns about rehearsals, please contact director Dani Potter. Cast members may be required to make special appearances for marketing purposes in the weeks before the show opens.

About the show: Leon Tolchinsky is ecstatic. He’s landed a terrific teaching job in the idyllic Ukrainian hamlet of Kulyenchikov. When he arrives, he finds people sweeping dust from the stoops back into their houses, and milking cows upside down to get more cream. The town has been cursed with Chronic Stupidity for 200 years and Leon’s job is to break the curse. No one tells him that if he stays in the village for more than 24 hours and fails to break the curse, he too becomes stupid. Problem is, he has fallen in love with his student, Sophia, a girl so stupid that she has only recently learned how to sit down. — Source: Samuel French

Information:  If you have questions or a conflict on the audition date, please contact director Dani Potter at foolspentacletheatre@gmail.com.