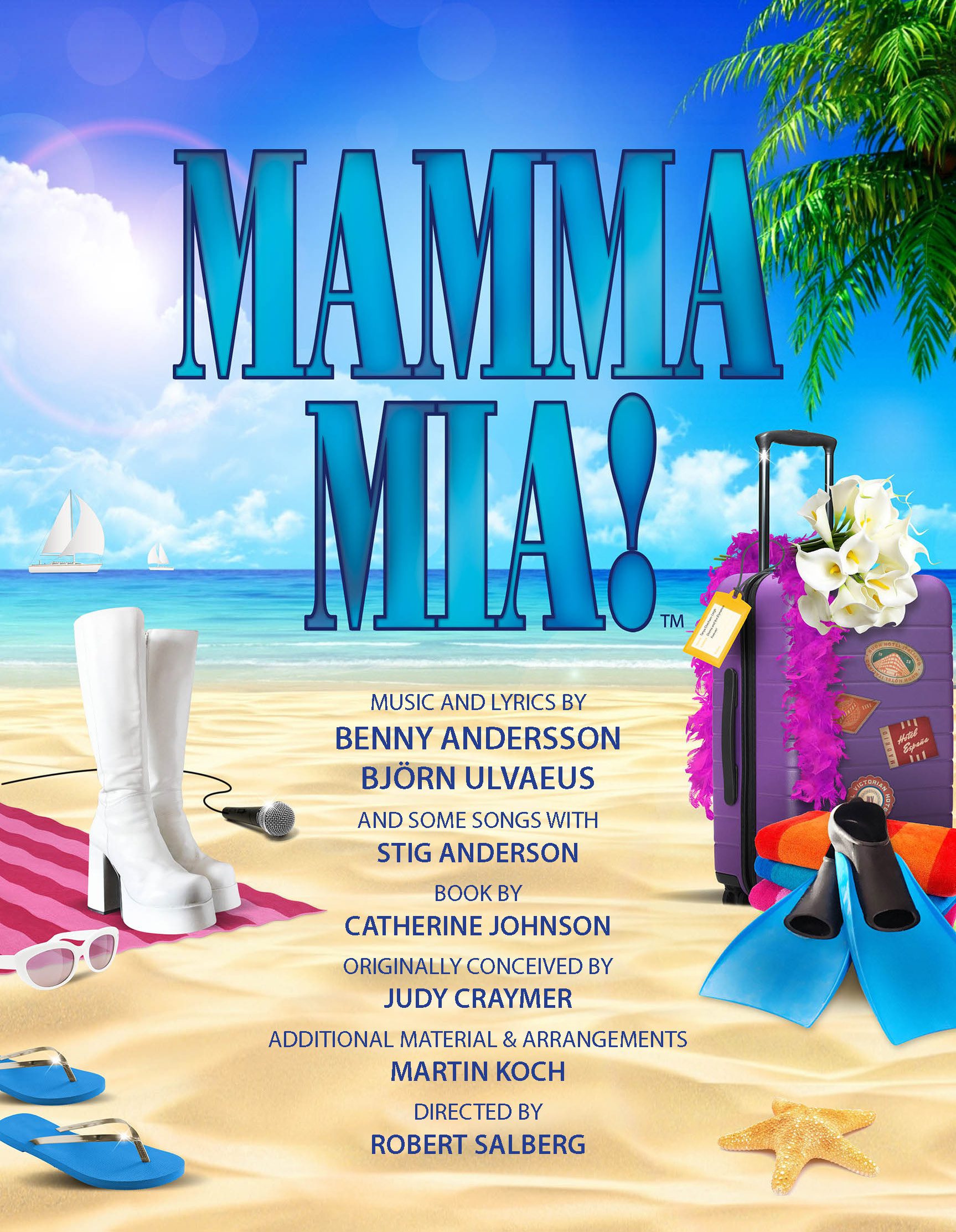 SALEM—While “Dancing Queen” and “Waterloo” may have made the Swedish band ABBA a worldwide sensation from the mid-1970s through the early 80s, their award-winning Broadway musical Mamma Mia! has ensured them continuing fame.

An added performance on March 12 is a sing a-long. A portion of the revenue will support Pentacle Theatre’s scholarship program.

The sunny, funny musical tale unfolds on a Greek island paradise. On the eve of her wedding, a daughter’s quest to find her birth father brings three men from her mother’s past back to the island they last visited 20 years ago. The storytelling magic of ABBA’s timeless songs propels this enchanting and hilarious tale of love, laughter and friendship, creating an unforgettable show. A mother. A daughter. Three possible dads. And a trip down the aisle you’ll never forget!

Mamma Mia! originated in London’s West End in 1999. A Broadway version won several 2002 Tony Awards, including best musical, best book of a musical, best orchestrations and best actress and best featured actress in a musical. More than 60 million people have seen the show in 50 countries worldwide. A film version opened in 2008 and its sequel, Mamma Mia! Here We Go Again was released last year.

Mamma Mia!  is an incredibly popular show and we encourage you to book tickets early at PentacleTheatre.org as it is bound to sell out quickly.

What: ABBA’s hit musical, Mamma Mia!, with music and Lyrics by Benny Andersson, Björn Ulvaeus, and some songs with Stig Anderson. Book by Catherine Johnson. Originally conceived by Judy Craymer.

Where to buy: Advance tickets are available at Pentacle’s downtown Salem ticket office at 145 Liberty St. NE or by calling 503-485-4300 from 10 a.m. to 4:30 p.m. on weekdays, or online anytime at tickets.pentacletheatre.org. Tickets are also available at the theater box office 45 minutes before each performance.