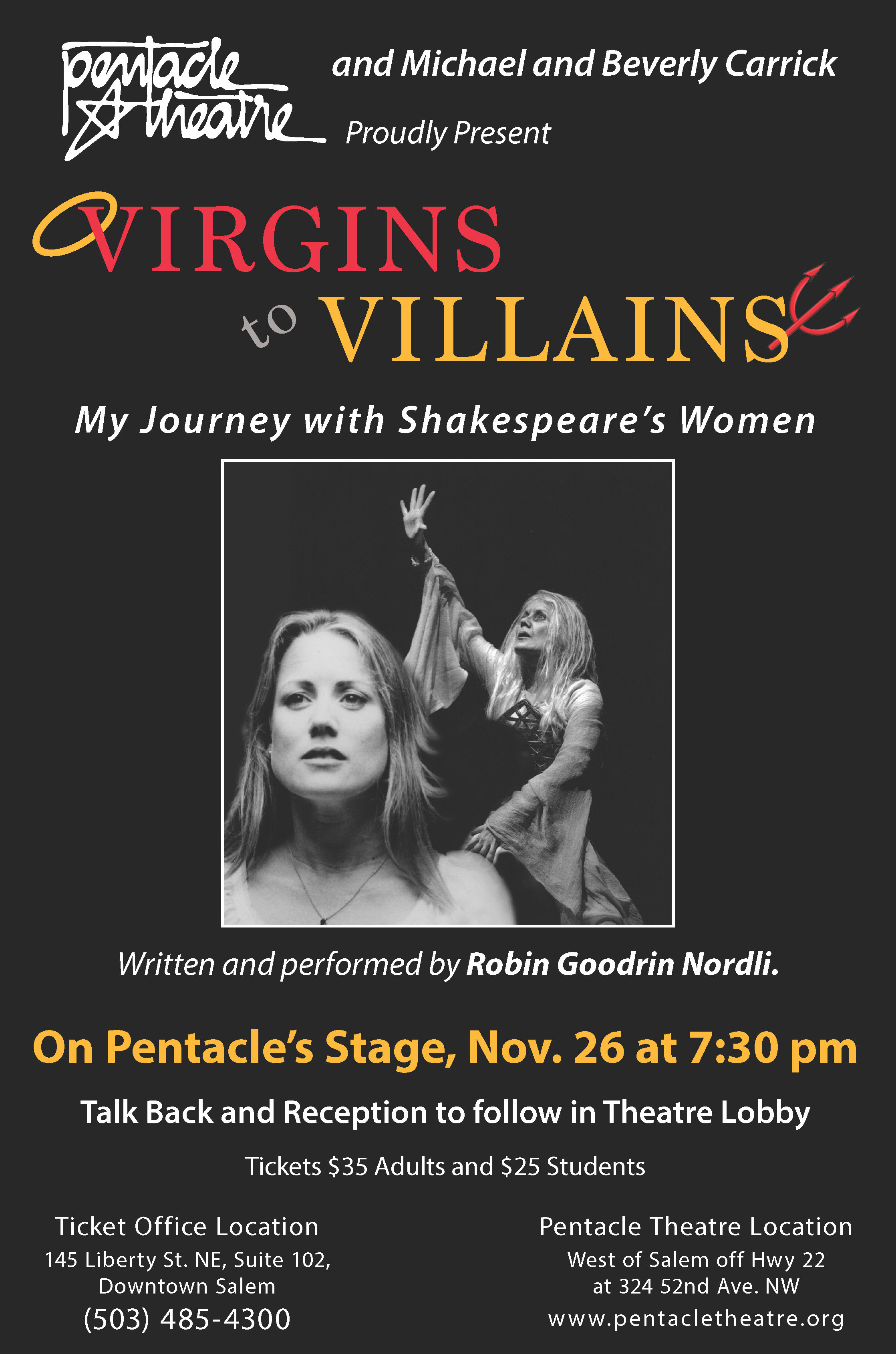 Nordli brings those women to life in her solo show, Virgins to Villains: My Journey with Shakespeare’s Women, Nov. 26 for one night only on the Pentacle Theatre stage.

Nordli has been acting for 25 seasons at the Oregon Shakespeare Festival. She’s performed more than 70 roles in 55 different productions of 28 plays by William Shakespeare. She knows the Bard’s women inside-out.

“Virgins to Villains is my personal journey with the female side of Shakespeare’s canon and how it’s resonated in my life,” said Nordli.

Moving seamlessly between Shakespeare’s words and her own story as an actor, Nordli entertains, enlightens and delights the audience from comedy to tragedy and more in between.

Pentacle’s exclusive event is a special treat for theater lovers and Shakespeare fans throughout the mid-Willamette Valley. Watch a short trailer about Nordli’s show.

What: Virgins to Villains: My Journey with Shakespeare’s Women. A special one-woman show written and performed by OSF actor Robin Goodrin Nordli

Sponsored by: Virgins to Villains: My Journey with Shakespeare’s Women, is graciously sponsored by Michael and Beverly Carrick and Pentacle Theatre.

Tickets: General admission tickets (no reserved seating) are $35 for adults and $25for students. Includes a talk back and special reception after the performance. Buy advance tickets now online at pentacletheatre.org, at the downtown Salem ticket office at 145 Liberty St. NE, or by calling 503-485-4300. Tickets will also be available at the door, but because this is a one-night only performance with less than 200 seats available, we urge patrons to reserve now to avoid disappointment.

Suitability: Suitable for theater-lovers, fans of Shakespeare’s plays and anyone who appreciates great acting.