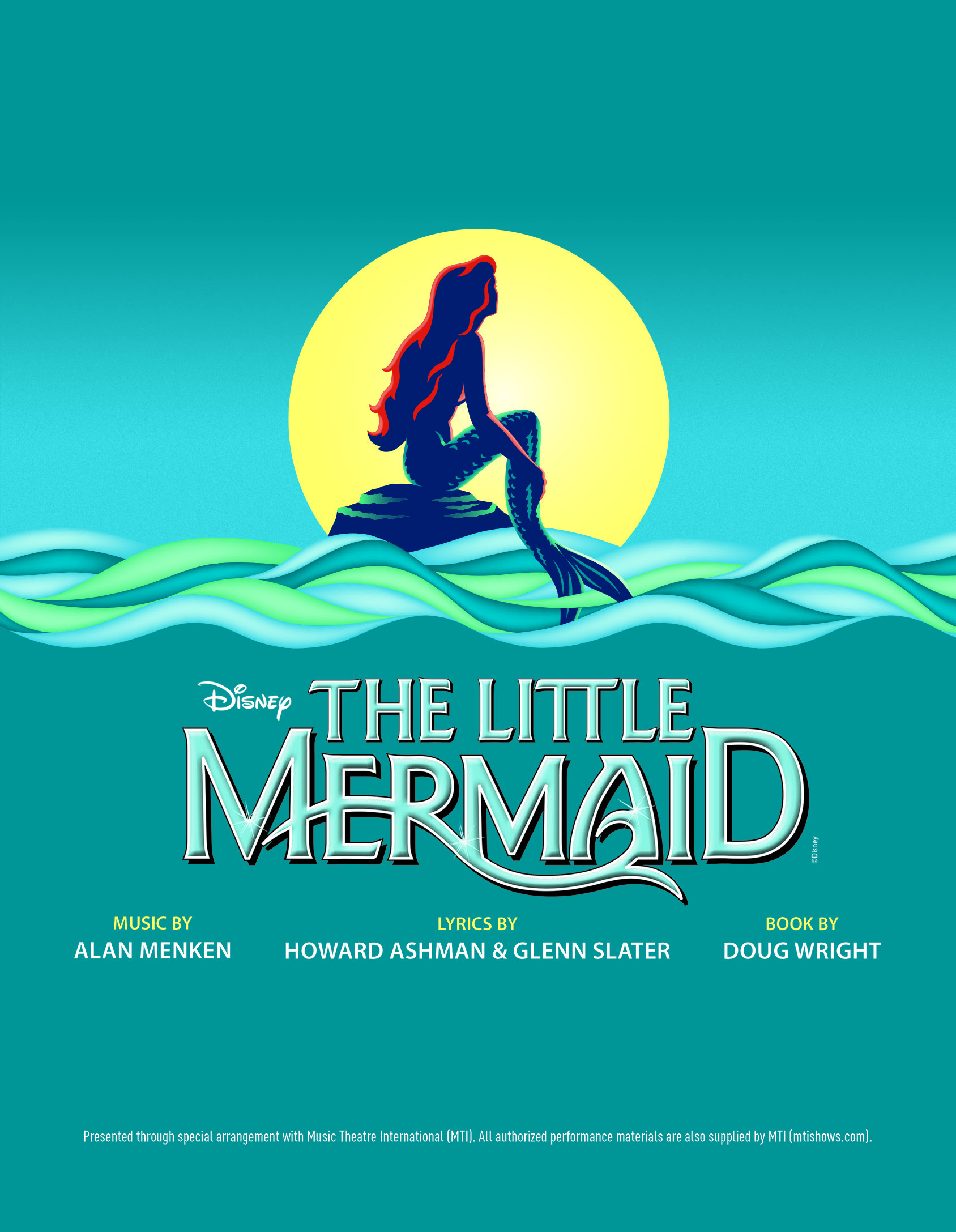 Casting:  Numerous ensemble roles for actors age 8 and up and actors in principal roles age 18 and up. Pentacle Theatre encourages actors of all ages, genders, ethnicities and abilities to participate in its productions. For a list of parts, genders and age ranges, please scroll down this post.

Rehearsals will be scheduled to make the best use of everyone’s time, especially kids in school. Only actors needed for scheduled scenes will be required at rehearsals, and we’ll release the kids first and as early as possible. We understand your kiddos are in school and that’s a priority. As we get further into rehearsals we’ll need everybody there, so we can run the whole show. If you have questions or concerns about rehearsals, please contact director Karen McCarty, contact information below.

About the show:   In a magical kingdom beneath the sea, the beautiful young mermaid, Ariel, longs to leave her ocean home to live in the world above.

Based on one of Hans Christian Andersen’s most beloved stories and the classic animated film, Disney’s The Little Mermaid is a hauntingly beautiful love story for the ages. With music by eight-time Academy Award winner Alan Menken, lyrics by Howard Ashman and Glenn Slater and a compelling book by Doug Wright, this fishy fable will capture your heart with its irresistible songs, including “Under the Sea,” “Kiss the Girl” and “Part of Your World.”

Ariel, King Triton’s youngest daughter, wishes to pursue the human Prince Eric in the world above, bargaining with the evil sea witch, Ursula, to trade her tail for legs. But the bargain is not what it seems, and Ariel needs the help of her colorful friends, Flounder the fish, Scuttle the seagull and Sebastian the crab to restore order under the sea. — Musical Theatre International.

Cast of Characters:  Casting actors of all abilities, genders and ethnicities for the following roles.

Information:  If you have questions or a conflict on the audition date, please contact director Karen McCarty at karenmccarty@comcast.net or call 503-851-6785.