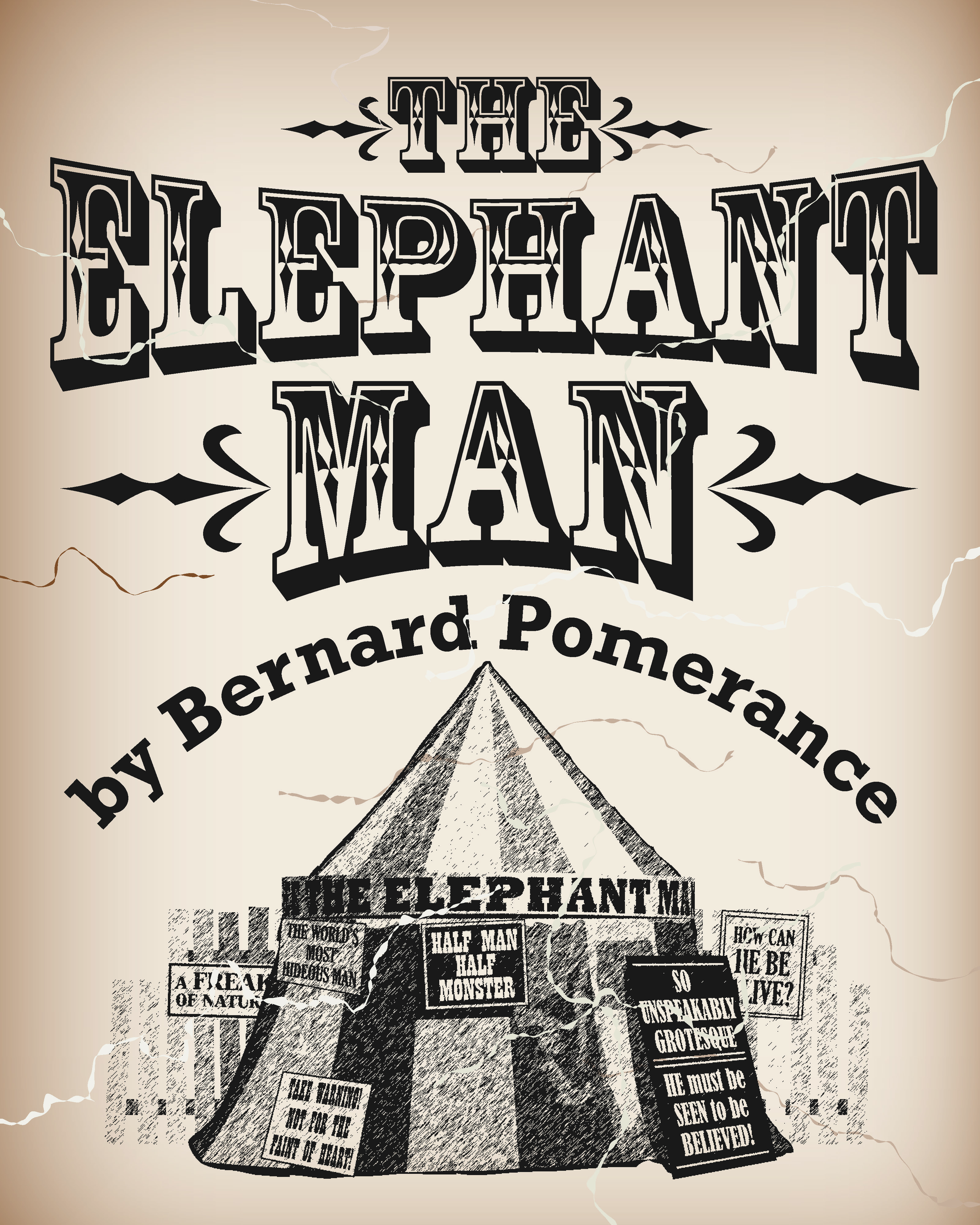 The Elephant Man is based on the life of John Merrick, who lived in London during the latter part of the 19th century. A horribly deformed young man who suffered from rare skin and bone diseases, he becomes the star freak attraction in traveling sideshows. Found abandoned and helpless, Merrick is admitted to London’s prestigious Whitechapel Hospital, where he meets celebrated young physician Frederick Treves. Under the doctor’s care, Merrick is introduced to London society and slowly evolves from an object of pity to an urbane and witty favorite of the aristocracy and literati, only to be denied his ultimate dream — to become a man like any other.

What: The Elephant Man, by Bernard Pomerance, directed by Jo Dodge and assistant director Heathre Powell.

Sponsored by: The Elephant Man is made possible by the generous support of the Paul C. and Robin E. Bower Family Trust.

CONTENT ADVISORY: Pentacle Theatre seeks to inform our patrons about content that may be objectionable. Because tastes vary — and what is offensive can be subjective — we encourage you to read the script before purchasing a ticket if you’re concerned.