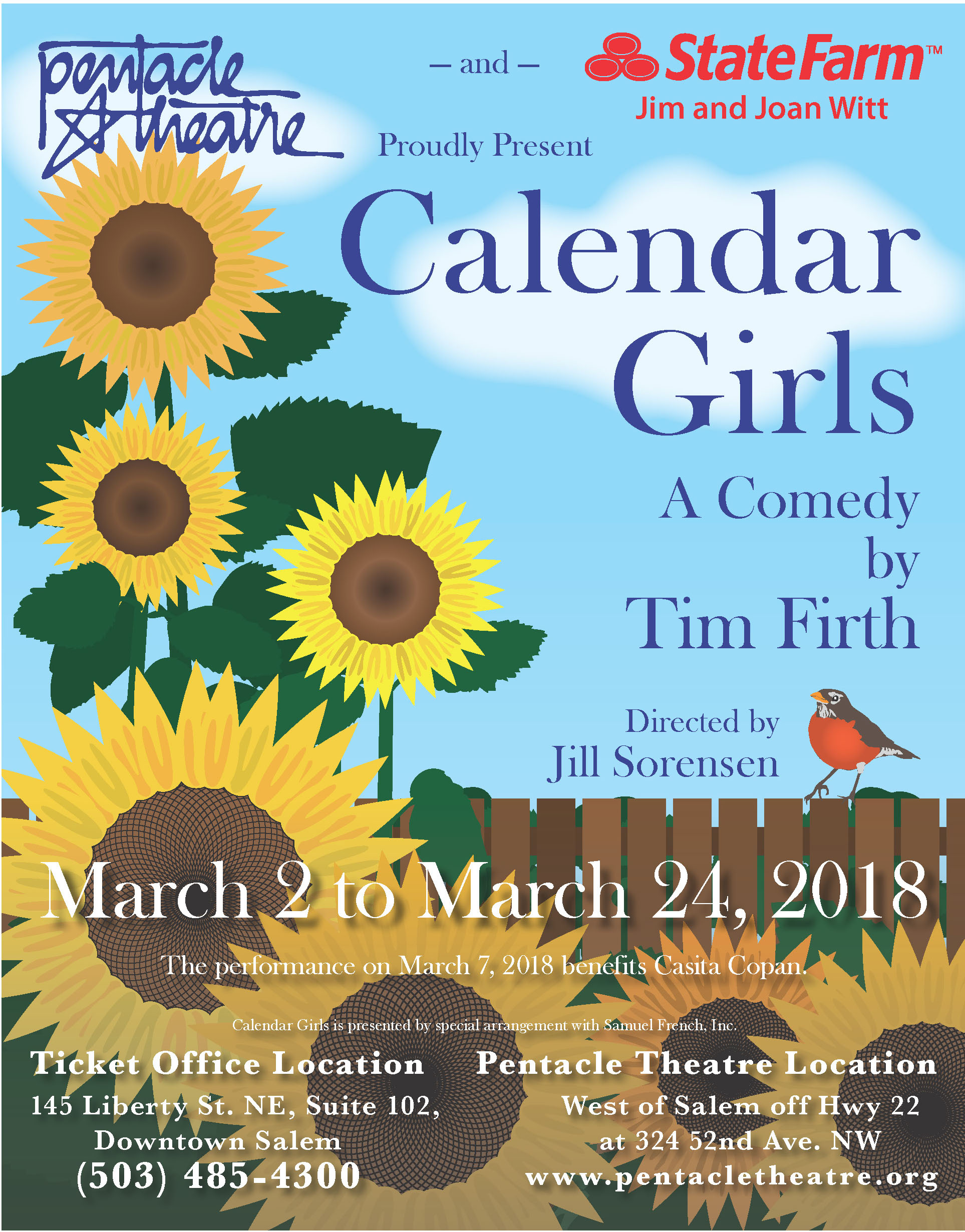 In the small village of Knapeley, in England’s Yorkshire Dales, after Annie’s husband, John, dies of leukemia, she and best friend Chris resolve to raise money for a new settee in the local hospital waiting room.

They persuade four fellow Women’s Institute members to join them in discreetly posing nude for an “alternative” calendar, with a little help from Lawrence, a hospital porter and amateur photographer.

News of the women’s charitable cause spreads like wildfire, and hordes of press soon descend on their small village. While the calendar is an unexpectedly wild success, Chris and Annie’s friendship is put to the test under the strain of their newfound fame.

Calendar Girls is a heartwarming and humorously “naughty” play that will make you laugh, make you cry and ultimately leave you joyous at the end. It’s based on the true story of 11 Women’s Institute members in Great Britain who posed nude for a calendar to raise money for the Leukemia Research Fund. Playwright Tim Firth also wrote the screenplay for the original film version of Calendar Girls, which starred Helen Mirren and Julie Walters.

What: Calendar Girls, by Tim Firth, directed by Jill Sorensen.

Sponsored by: Calendar Girls is made possible by the generous support of Jim and Joan Witt and State Farm Insurance.