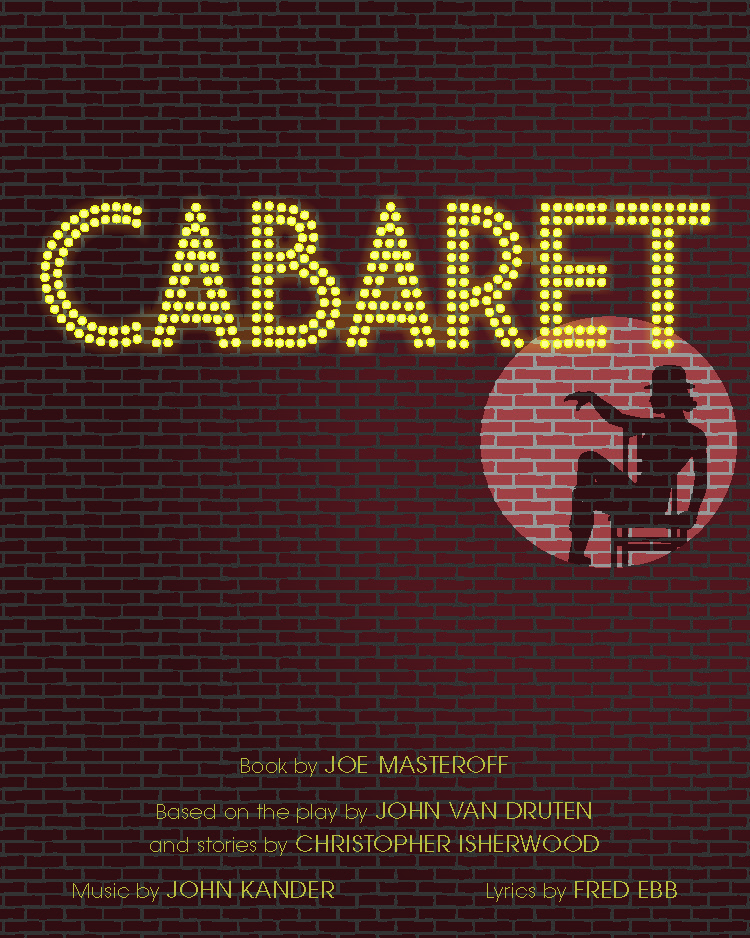 What:   Auditions for Cabaret, the Kander and Ebb musical set in the Kit Kat Club in 1929 Germany.

Casting:   Eight men; eight women able to play a variety of roles, genders and ages. All actors must be age 18 or older.

About Cabaret: Book by Joe Masteroff, based on the play by John Van Druten and stories by Christopher Isherwood. Music by John Kander and lyrics by Fred Ebb.

Setting:   Berlin, New Year’s Eve, 1929: A strange and garish master of ceremonies welcomes the audience to the Kit Kat Club — a seedy Berlin nightspot where “Life is beautiful” — and assures them they will forget all their troubles at the Cabaret. Through the emcee’s bawdy songs and wry commentary, Cabaret explores the dark, heady and tumultuous life of Berliners and expatriates alike as Germany slowly yields to the emerging Third Reich. Cliff Bradshaw, a young, newly arrived American writer, is immediately taken by English singer Sally Bowles. Meanwhile, Fräulein Schneider, landlady of Cliff and Sally’s boardinghouse, tentatively begins a romance with Herr Schultz, a mild-mannered Jewish fruit seller. Musical numbers in this revised 1998 version include “Willkommen,” “Cabaret,” “Don’t Tell Mama” and “Mein Herr.”

Chorus roles: we are open to non-traditional casting across genders for all chorus roles. The character descriptions below are a guide only (i.e. we made them up), and we encourage you to unleash your own special personas at auditions. Bring it on and have fun!

Pentacle Theatre encourages actors of all abilities, genders and ethnic backgrounds to audition for its production of Cabaret.