Meet the cast of Almost, Maine 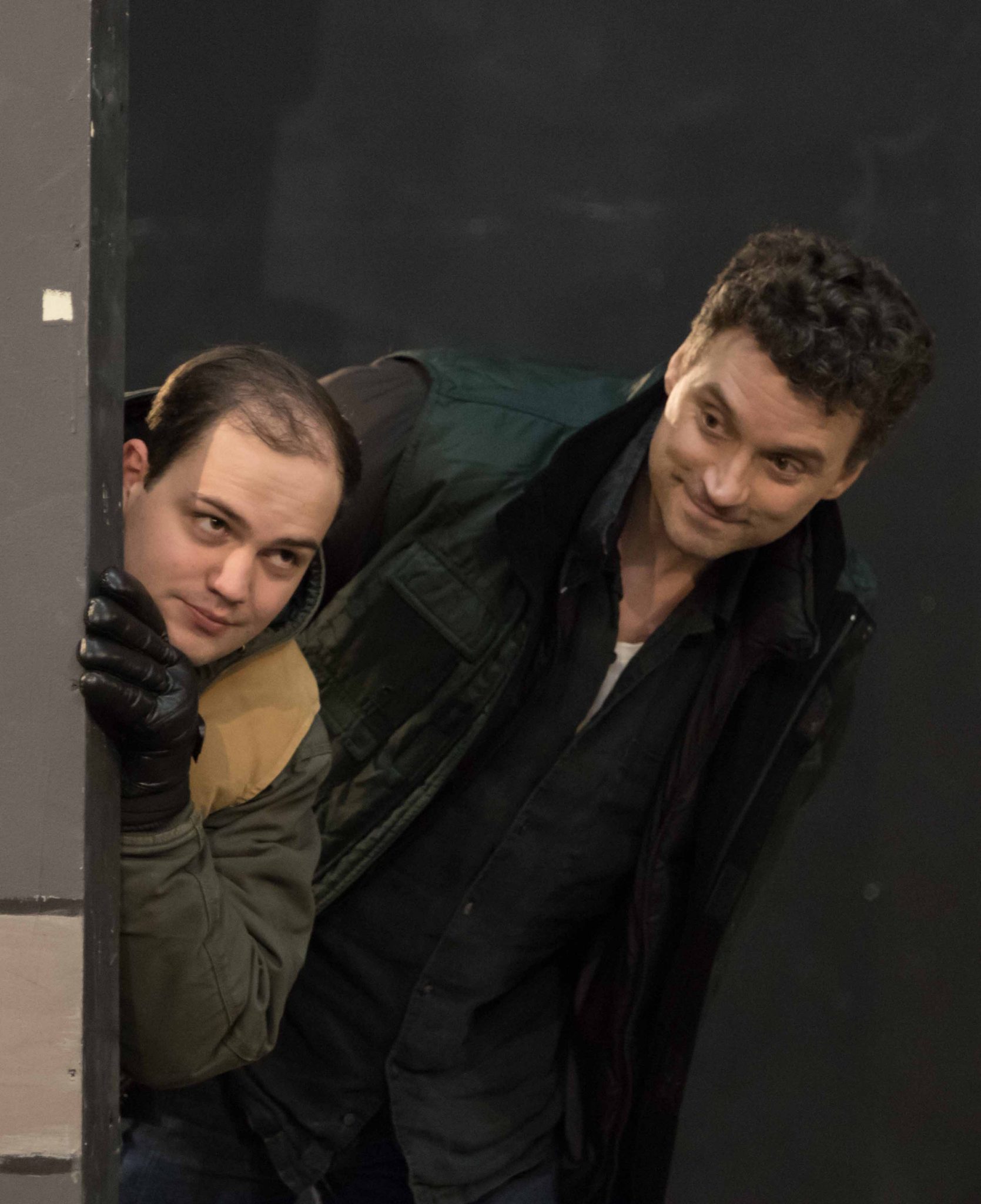 Kat was props director for Of Mice and Men, and has attended Jo Dodge’s acting class. She lives in Salem with her husband, Obadiah, two cats, and a ridiculous setter. Together with others, they run The Book Bin, where the assistance of the cats is invaluable. Accordingly, she spends much of her time reading.

Clyde returns to Pentacle Theatre after his Oregon debut as Patsy in Spamalot. A Virginia native, he has appeared as Hamlet in Hamlet, Lord Farquaad in Shrek, principal puppeteer for Alice’s Adventures in Wonderland, and Man in the Chair in The Drowsy Chaperone. Recent directing work includes Ghetto, Boeing Boeing, and The 25th Annual Putnam County Spelling Bee. Clyde specializes in bringing new works to the stage and worked on premieres of Magnolias De Acero, Before Night Falls, and Mulligans. He is most proud of his work as a theater educator and his former students who work in the arts.

Deborah discovered the world of theater in the 5th grade. That lead to a lifetime of theatrical endeavors including becoming a middle/high school drama teacher, teaching and directing for CET, directing over 70 productions, delivering singing telegrams, and performing in numerous shows. Favorite roles include Adelaide, Fanny Brice, Aldonza, Mama Rose, Mrs. Lovett, Madame Thenardier, Golda (Tevye’s wife!), Ado Annie, Miss Hannigan, Daisy Mae, Rhetta Cupp in Pump Boys and Dinettes, the Witch in Into the Woods, and the Mother Superior in Nunsense! But her favorite and best production of all was Jordan, her son and the light of her life!

This is Jason’s Pentacle Theatre debut. After a 20-year live-theater hiatus, Jason is excited to return “home” to the stage. Jason also has experience writing, producing, and acting in a post-apocalyptic radio theater comedy called Radioactive Report. By day, Jason is a trial attorney. He is thankful for the love and support of his wife, Jessica, and two kids, Bella and Will.

Cherie first crossed the Pentacle Theatre threshold in 1964. She likes to say that she has served our beloved theater in almost every capacity over the past 50-plus years. Actually, it is Pentacle that has served Cherie, giving her unforgettable, life-forming experiences, a tremendous respect for art in all its forms, and a foundation for her creative spirit. She is a Pentacle Theatre Lifetime Member and currently serves on the governing board. She is proud to be Pentacle’s Historian ready to share our rich 63-year history with you! She works at the Oregon School for the Deaf during the school year and is a teacher for CET during the summer. She is the ASL interpreter for the Unitarian Universalist Congregation of Salem. Cherie has raised three sons (each of whom have graced the Pentacle stage in some way) and three cats (who have not).

This is Marc’s Pentacle Theatre debut. He is a graduate of South Salem High School, where his stage credits include The Odd Couple (Oscar), The Diviners (Ferris Layman), A Christmas Carol (Marley), and Twelfth Night (Duke Orsino). Other experience includes All in the Timing at Brush Creek Playhouse and a Best in State award from the Oregon State Thespian Festival. An Oregon native, Marc enjoys everything Oregon has to offer, from the bustling city of Portland to the quiet serenity of King’s Valley. A student at Chemeketa Community College, he would like to thank his mother and grandparents for believing in him and encouraging him to pursue his passions.