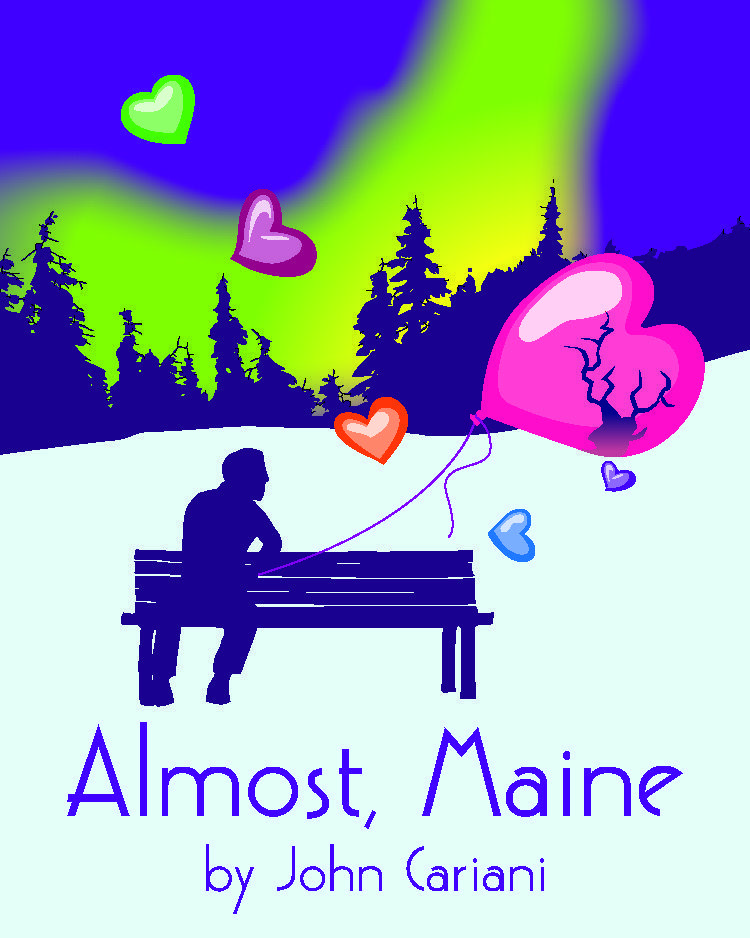 SALEM—Almost, Maine, named one of the top-10 plays when it debuted off-Broadway, opens Sept. 29 at the Pentacle Theatre.

Almost, Maine, written by John Cariani, is a collection of nine short scenes that all take place at the magical hour of 9 p.m. on the same cold midwinter night in a town that’s so far north that it’s almost in Canada. Under the magical northern lights, couples fall in and out of love and change their lives in strange ways.

“Wherever we are, love and loss are taking place all around us,” said director Katie Lindbeck.

“It’s about the tenderness and the toughness of love, and the fact that it’s complicated,” Lindbeck said. “Love is not always one thing—it’s mystery, power, loss and sometimes just showing up at all.”

Almost, Maine is a play about the mystery and magic of love. “It’s ultimately romantic,” Lindbeck added.

WHAT: Almost, Maine, by John Cariani. Directed by Katie Lindbeck and assistant directed by Tracy Webber.

SPONSORED BY: Almost, Maine is sponsored through the generous support of the Paul C. and Robin E. Bower Family Trust.

TICKETS: Tickets cost $23 for weekday performances and $24 for weekend shows. Seniors, students, active military and Pentacle Theatre members receive a $1.50 discount. There is an additional $1 fee on opening night for the catered post-show party.

Almost, Maine is recommended for middle school and older audiences.