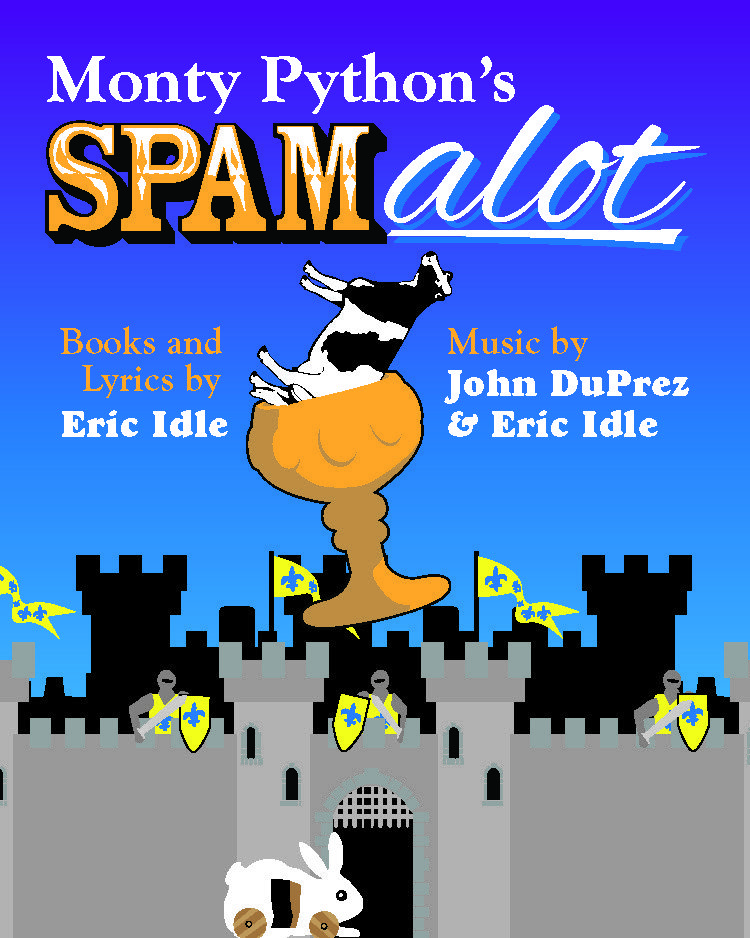 And now, for something completely different.

Spamalot, the silly, irreverent and original musical interpretation of the Arthurian Legend adapted from the movie Monty Python and the Holy Grail, opens Aug. 18 at the Pentacle Theatre.

“It’s all here,” said director Robert Salberg. “King Arthur and Patsy his horse, Not Dead Fred, the French Taunter and the Knights of Ni and many more. This is a faithful and fun musical adaptation of the beloved Python film.”

“Monty Python fans are sure to love this production,” Salberg said. “Tickets are already getting scarce for some performances. Reserve your tickets early so you don’t miss it,” he added.

When and where: Spamalot runs from Friday, Aug. 18 through Saturday, Sept. 9, at The Pentacle Theatre, 324 52nd Ave. NW, about 6 miles west of downtown Salem off Highway 22.

Tickets: Tickets cost $28 for weekday performances and $29 for weekend shows. Seniors, students, active military and Pentacle Theatre members receive a $1.50 discount. There is an additional $1 fee on opening night for a catered post-show party.

CONTENT ADVISORY: Pentacle Theatre seeks to inform our patrons about content that may be objectionable. Because tastes vary — and what is offensive can be subjective — we encourage you to read the script or watch the film version before purchasing a ticket if you’re concerned.