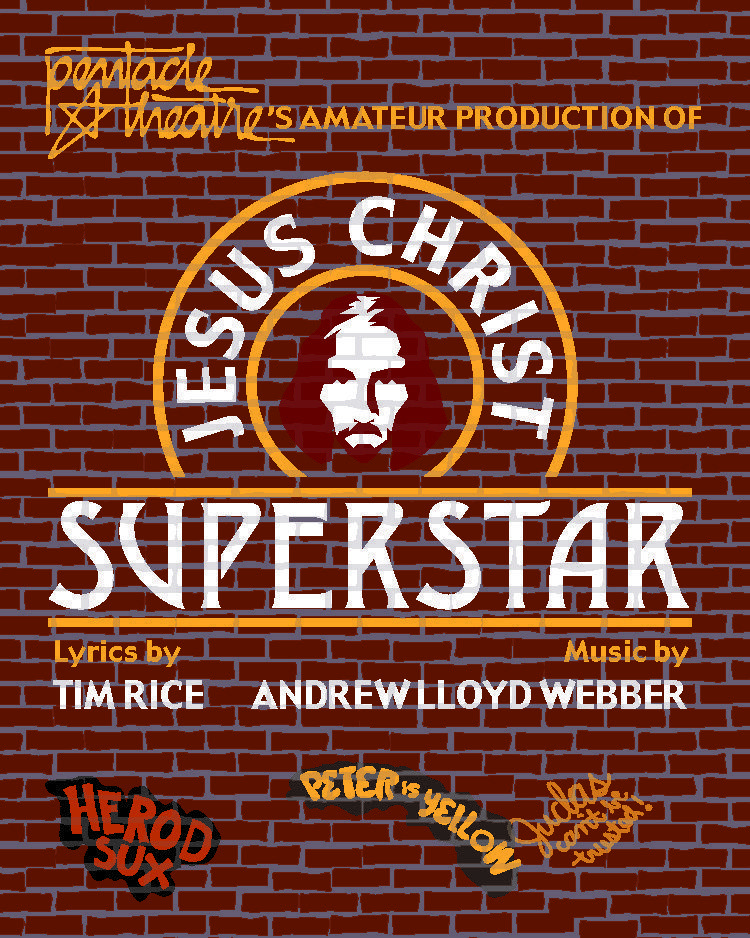 Enjoy this thought-provoking rock musical set in modern times that originally appeared on Broadway in the early 1970s and is loosely based on the Gospels’ account of the last week of Jesus’s life.

Set in modern times, Jesus Christ Superstar tells the story of the last seven days of Jesus Christ’s life. Contemporary language, slang, costumes, choreography and philosophies juxtapose with the personal and political struggles prevalent during biblical times. It is directed and choreographed by Geri Sanders.

Judas Iscariot is concerned that Jesus’s growing popularity will be perceived as a threat by Jerusalem’s Roman occupiers.  Priests Caiaphas, Annas and others gather and agree that Jesus and his movement must be stopped. Jesus arrives in Jerusalem only to find the temple filled with unsavory merchants and moneylenders. Mary Magdalene finds herself falling in love with Jesus. Meanwhile, Judas betrays Jesus to the Romans, and Jesus is arrested and ultimately condemned to death on the cross.

Jesus Christ Superstar is a modern, gritty, emotional production that features an experienced, 27-member cast – many of whom are making their Pentacle Theatre debut. Actors from the mid-Willamette Valley area, Portland and McMinnville were cast and will perform during the five-week run of the show. Jesus Christ Superstar is “sung through”— it has no spoken dialogue – and includes two acts of singing and dancing.

When and where: Jesus Christ Superstar runs from Friday, April 14, to Saturday, May 6, at The Pentacle Theatre, 324 52nd Ave. NW, about 6 miles west of downtown Salem.

Sponsored by: Jesus Christ Superstar is generously sponsored by the Compton Family Foundation.

Tickets: : Tickets cost $28 for weekday performances and $29 for weekend shows. Opening night is $30. Seniors, students, active military and Pentacle Theatre members receive a $1.50 discount. Advance tickets are available at the downtown Salem ticket office at 145 Liberty St. NE or by calling 503-485-4300 from 10 a.m. to 4:30 p.m. on weekdays, or anytime online at pentacletheatre.org.

CONTENT ADVISORY: Pentacle Theatre seeks to inform our patrons about content that may be objectionable. You can read the lyrics here, to determine if you are comfortable with the content.