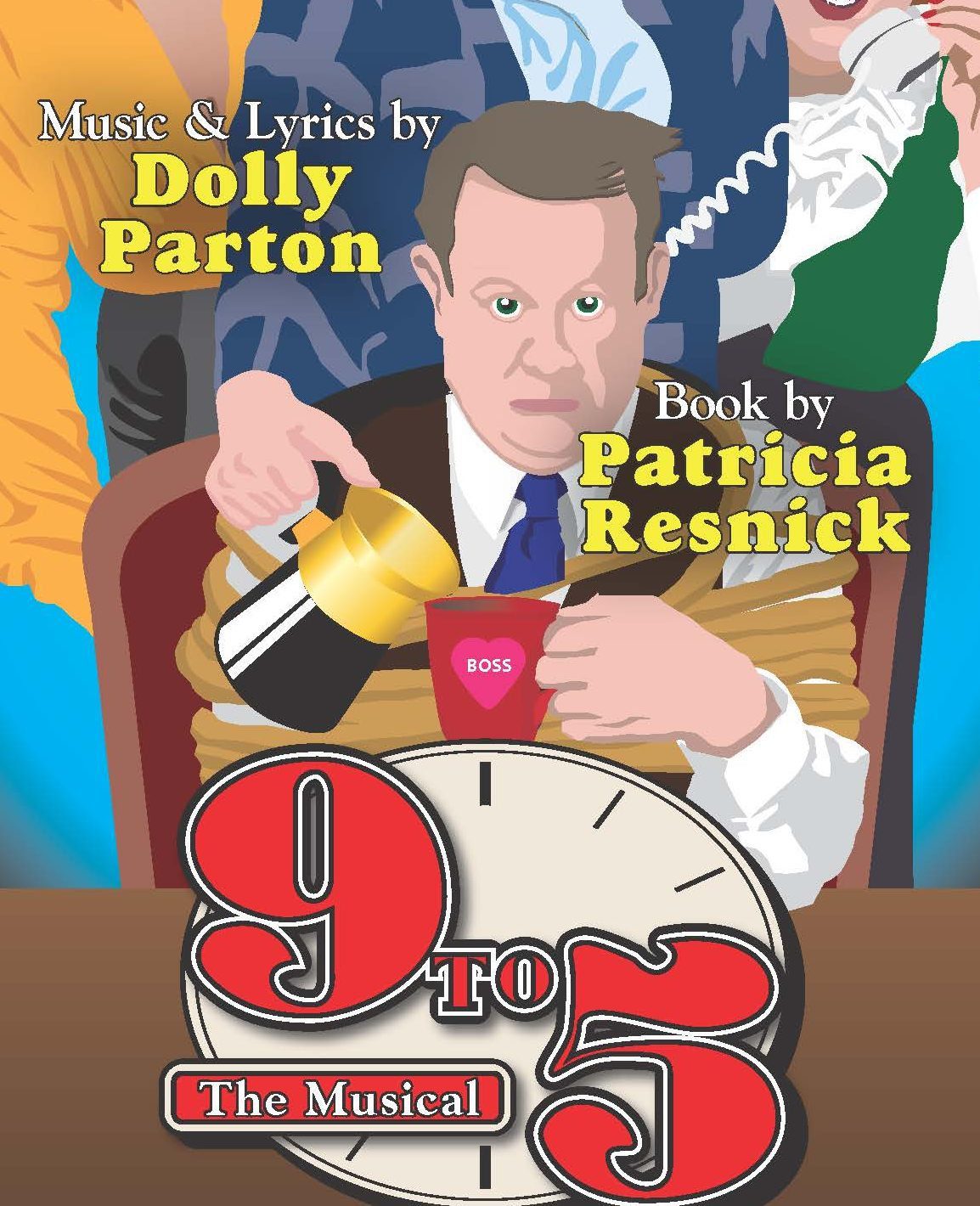 The music and lyrics of Dolly Parton take center stage in this zany adaptation of the popular 1980 move about three unlikely friends who establish their right to be workplace leaders.

Pushed to the boiling point, three female coworkers get even with their “sexist, egotistical, lying, hypocritical bigot” of a boss. In a hilarious turn of events, Violet (Kelli Jaecks), Judy (Heather Toller) and Doralee (Geri Sanders) live out their wildest fantasy — getting rid of their boss, Hart (Ed Schoaps). With Hart “hung up” at home, the women take control of the company that kept them down and give their workplace a modern makeover that treats women as equals to men.

CONTENT ADVISORY: Pentacle Theatre seeks to inform our patrons about content that may be objectionable. Because tastes vary — and what is offensive can be subjective — we encourage you to read the script or view the 1980 movie version of 9 to 5 before purchasing a ticket if you’re concerned. The musical closely parallels the movie, which would likely be rated PG-13 today, according to IMDB.
9 to 5: The Musical deals humorously with the following subject matter:
• Sex: The show depicts mild sexual innuendo and situations.
• Language: Characters occasionally use profanity.
• Smoking/drug use: A scene depicts adult women smoking marijuana.
• Violence: The show depicts cartoon-style violence and blank gunshots. A character is held hostage.

9 to 5: The Musical is sponsored by a generous donation from Vida Integrated Medicine and Mental Health.

Awards: 9 to 5: The Musical was nominated for 15 Drama Desk Awards — the most for a musical in a single year — and nominated for four Tony Awards.

Tickets: Get your tickets now as this show is bound to sell out early. Tickets cost $25 for weekday performances and $26 for weekend shows. Seniors, students, and active military and Pentacle Theatre members receive a $1.50 discount. There is an additional $2 fee on opening night for the catered post-show party. Advance tickets are available at the downtown Salem ticket office at 145 Liberty St. NE or by calling 503-485-4300 from 10 a.m. to 4:30 p.m. on weekdays, or anytime online at pentacletheatre.org.

Tickets for low-income persons: In partnership with Salem for All, Pentacle Theatre offers half-price tickets to Oregon Trail Card holders. For information, go to salemforall.org.
# # #